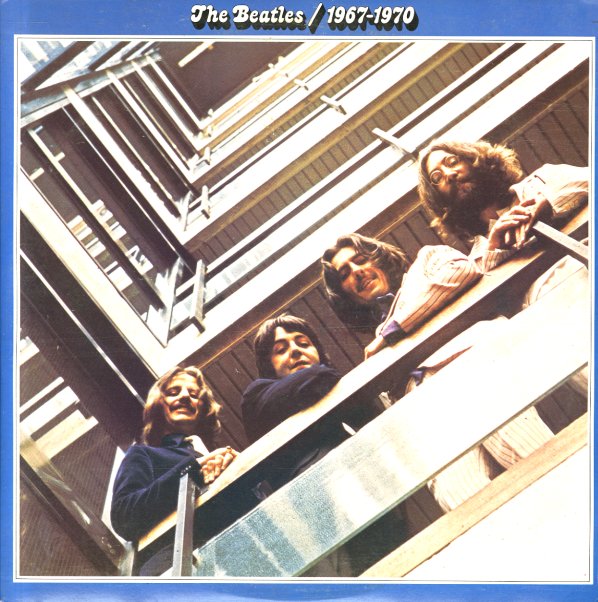 A fantastic collection of work from the second half of The Beatles great run in the 60s – a 2LP set that was a very important introduction of the group to 70s listeners! Titles include "Penny Lane", "Strawberry Fields Forever", "Back In The USSR", "While My Guitar Gently Weeps", "Hey Jude", "Revolution", "Get Back", "Don't Let Me Down", "Old Brown Shoe", "Something", "Come Together", "Octopus' Garden", "Across The Universe", "Let It Be", "All You Need Is Love", "Hello Goodbye", and lots more!  © 1996-2022, Dusty Groove, Inc.
(Out of print, in the original blue case.)

Beatles – The White Album
Apple (UK), 1968. Used 2 CDs
CD...$6.99 (LP...$149.99, CD)
The Beatles at their late best – 1968's self-titled set, now immortalized as The White Album! The White Album capped offed a period of intense creativity for the band with a double that's as freewheeling as anything they'd ever release. It's got raw rockers with wry lyricism, tender ... CD