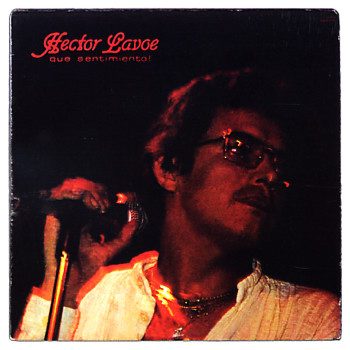 An unusual self-produced effort from Hector Lavoe – but a record that's every bit as strong as his other solo records from the time! Of course, Hector's got some big help on the record from Louie Ramirez and Jose Febles – who most likely did most of the arranging work, and ensure that the album grooves along in the focused salsa mode that always sounds best with Lavoe's vocals. Tracks are mostly upbeat and lively, with a strong focus on vocals – and titles include "Amor Sonando", "Juventud", "Soy Vagabundo", "El Son", "Seguire Mi Viaje", and "Yo Ta Cansa".  © 1996-2021, Dusty Groove, Inc.
(Out of print. Tray card has minor wear.)

El Bestial Sonido (remastered edition)
Vaya/Fania, 1971. Used
CD...$11.99
One of the real standouts in the career of Ricardo Ray and Bobby Cruz – a record of incredible tightness, and one that set a whole new level for Puerto Rican salsa in the 70s! There's still a few traces here of the Latin Soul years – sometimes in the rhythms, at other times in the ... CD