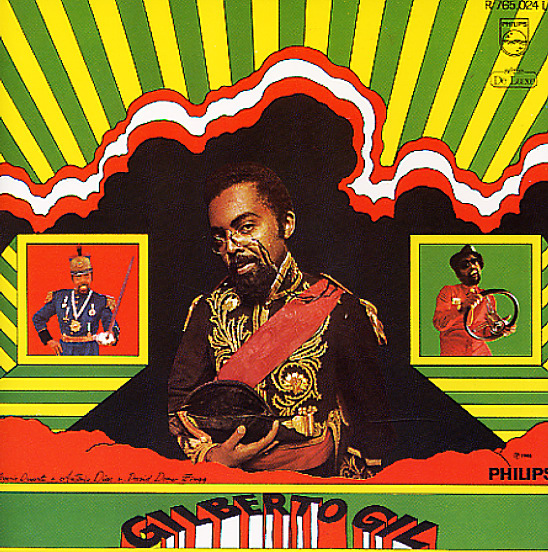 Also available
Gilberto Gil — Gilberto Gil (1968) (with bonus tracks) ... CD 13.99
A bold leap forward from Gilberto Gil – his first album recorded during the Tropicalia years, and an amazing collaboration with arranger Rogerio Duprat! The album's got a sound that really bridges scenes in Brazil – elements of older folkloric musics, folded with samba rhythms, folded again with psychedelic touches from Os Mutantes – who also help out on the set – all wrapped together with a sound so revolutionary, it still crackles with energy all these many years later! The sound and style are impossible to describe accurately, which is part of the charm of the record – and it's key placement as one of the prime musical texts of the Tropicalia years. Titles include "Marginalia II", "Luzia Luluza", "Pega A Voga, Cabeludo", "Frevo Rasgado", "Domingou", and "Domingo No Parque".  © 1996-2022, Dusty Groove, Inc.

Parabolic (aka Parabolicamara)
Warner/Tropical Storm, 1991. Used
CD...$2.99
Gilberto Gil's still got a nicely sharp edge here on this great set from the late 80s – a record that broke bigger than most of his others from the decade, at least on a global scale – and an album that showed the world that Gil still had plenty of energy and new ideas to offer! There's ... CD