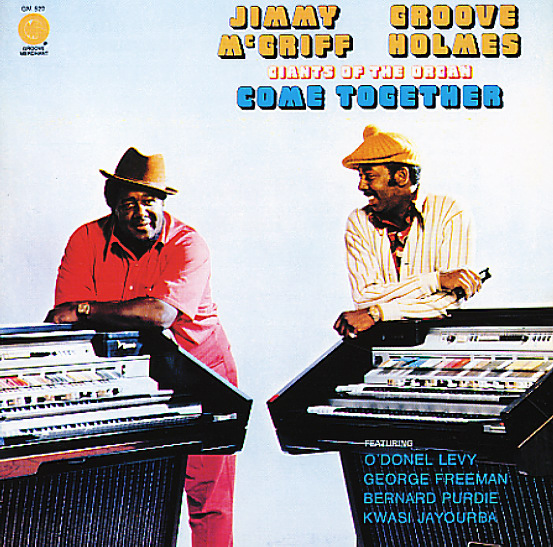 Giants Of The Organ Come Together

Twin organs back to back – and a heck of a hard-wailing set from Groove Holmes and Jimmy McGriff! The album cooks from the very first note – and features long tunes that open up with the same sort of solo-heavy approach that you'd get on Holmes' Prestige albums of the 60s – very stretched out, in a way that offers the keyboardists no cover at all, and forces them to keep thinking on their feet to come up with great notes! Bernard Purdie plays some nicely tight drums on the set, and guitar is by George Freeman and O'Donel Levy – both of whom add some nice superdope touches to the set! A winner all the way through, with great solos – and titles that include "Licks A Plenty", "The Squirrel", and "Finger Lickin' Good".  © 1996-2021, Dusty Groove, Inc.
(Nice original pressing! Cover has a name in marker and light surface wear.)