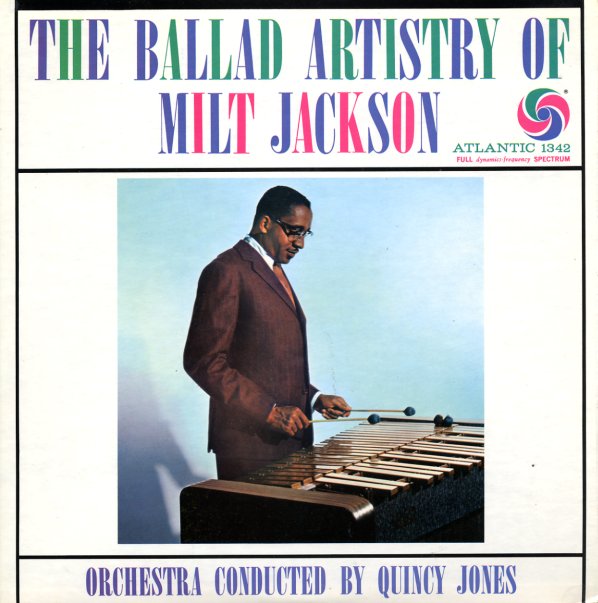 A beautiful setting for the vibes of Milt Jackson – a record that has his sublime chromatic sound stepping out in front of fuller orchestrations from Quincy Jones – never overdone, but with just the right sort of soulful focus to send Milt over the top! The album's an early example of the great solo path that Jackson would pursue more strongly in the 60s – work away from the MJQ that showed that he may well have been the most multi-faceted member of that group. Barry Galbraith plays guitar on many tracks – and his light hues are a perfect complement to the vibes – on titles that include "The Cylinder", "Makin Whoopee", "Alone Together", "Tenderly", "Don't Worry Bout Me", "Nuages", "Deep In A Dream", "I'm A Fool To Want You", "The Midnight Will Never Set", and "Tomorrow".  © 1996-2021, Dusty Groove, Inc.
(Sealed 60s mono pressing. Cover has a small cutout hole in the corner.)