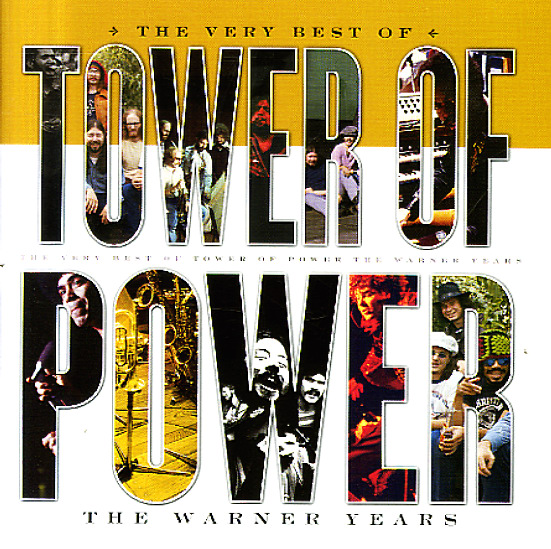 Very Best Of Tower Of Power – The Warner Years

Platinum Jazz
Avenue/Rhino, 1977. Used
CD...$16.99
Sweet jazzy work from War – a record that has them stretching things out a bit from before, and finding new ways to groove for the second half of the 70s! All the core elements are still firmly in place – that sublime blend of jazz, soul, funk, and Latin elements – but there's a ... CD

Deliver The Word
Avenue/Rhino, 1973. Used
CD...$9.99
War delivers the word, and a whole lot more as well – that amazing blend of styles that always made the group way more than just the sum of its parts! The classic groove is very firmly in place here – a great style that mixes jazz funk with a freer jamming style borrowed from Latin ... CD

Eric Burdon Declares War
MGM/Rhino, 1970. Used
CD...$9.99
War became so popular on their own in later years that it's easy to forget how they first sprung onto the soul charts – here, in an album of many styles that was put together by the wayward Eric Burdon after the dissolution of The Animals. We have to admit that Burdon was a genius to hook ... CD