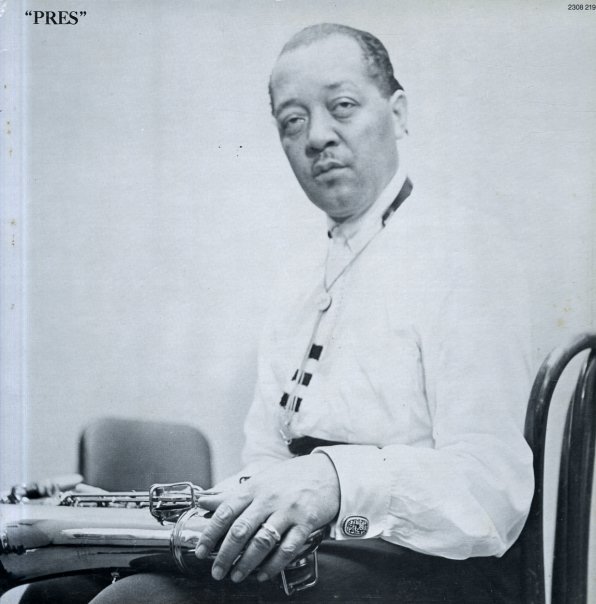 A lost treasure from Lester Young – previously unreleased live material from the 50s, recorded in a style that's a fair bit different than some of his studio work of the decade! The set took place at the Patio Lounge in Washington, DC – and was recorded by Bill Potts, who is also the pianist in the group – a tight little player who almost brings in a boppish edge to the material, although one who also knows how to lay back nicely on a ballad – the latter of which are especially great here for Young. Other players include Norman Williams on bass, and Jim Lucht on drums – and titles on this volume include "A Foggy Day", "DB Blues", "Tea For Two", and "I Can't Get Started".  © 1996-2022, Dusty Groove, Inc.
(Cover has light surface and edge wear.)