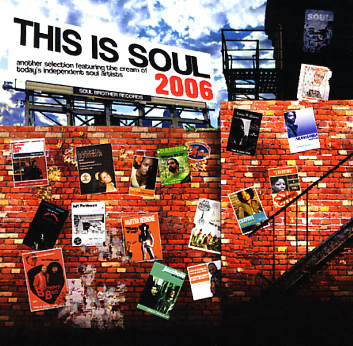 The title certainly gets it right, as the compilation is a great overview of all things soulful in 2006 – with a real focus on up-and-coming artists from the American underground, including a few here who are yet to release their own albums! The track list is totally great – a really rich blend of different voices and styles – work by both male and female artists who represent all that is bright and hopeful in American soul – a real contrast to the kind of junk that you'll find in more mainstream channels! And even if you buy a lot of Neo Soul work, there's plenty here that you probably haven't tracked down yet – all provided with great notes that are an introduction to the artists. 16 tracks in all – including "Much Better" by Chavous, "Do What You Do" by Inobe, "Ummm Hmmm" by LaSonya Gunter, "Sunny Day" by Amar Kalil, "Where It's At" by Darien, "No Ordinary Love" by PJ Morton, "Something So" by Gabie McGhee, "I Just Wanna Be With You" by Iman Williams, "Get Through" by Natural Selection, "No More Love" by Brown's Bag, and "All The Ways" by Jazzhole.  © 1996-2021, Dusty Groove, Inc.
(Out of print.)

Akiko's Holiday
Verve (Japan), 2003. Used
CD...$14.99
The Holiday in the title is Billie Holiday – as Japanese singer Akiko pays tribute to Lady Day in this really sweet set of tracks! The range of styles is what really makes the record work – as some tunes are done in the spare traditional style of Billie's original recordings, while ... CD