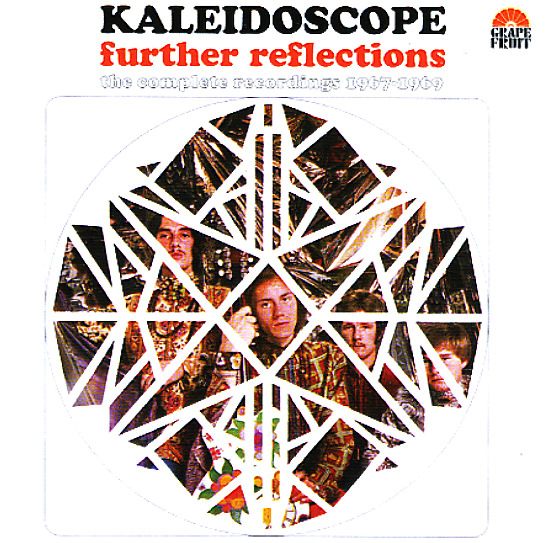 Amazing sounds from Kaleidoscope – a wonderful UK psych group from the 60s, not to be confused with the American group of the same name! The sound here is wonderfully fresh – modes that are not unfamiliar from the period, but put together by the group with a great sense of spontaneity – a sort of energy that almost makes you feel like they were discovering all the best aspects of the music while recording the records – a quality that really makes this set stand out from other psych work of the time. There's some occasional gentle moments that almost bring in a Sunshine Pop feel to the music – but never in a poppy or commercial way, and more in the kind of thoughtful balance that you'd find on the first album by Millenium. CD features two full albums – Tangerine Dream and Faintly Blowing – plus bonus tracks from singles too. Titles include "Dear Nellie Goodrich", "Holiday Maker", "Snapdragon", "Poem", "Faintly Blowing", "Please Excuse My Face", "Just How Much You Are", "Jenny Artichoke", and "Balloon".  © 1996-2021, Dusty Groove, Inc.