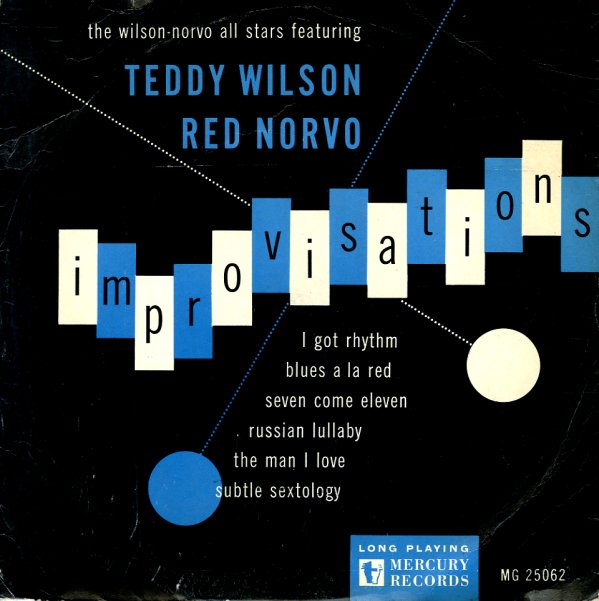 An unusual date from the Teddy Wilson/Red Norvo All-Stars – with Slam Stewart, Specs Powell, Eddie Dell, Remo Palmieri, Vic Dickenson, Aaron Sachs, and Hank D'Amico!  © 1996-2021, Dusty Groove, Inc.
(Red label pressing with deep groove in a flip-back cover, with some wear and aging, and a shop stamp on back.)