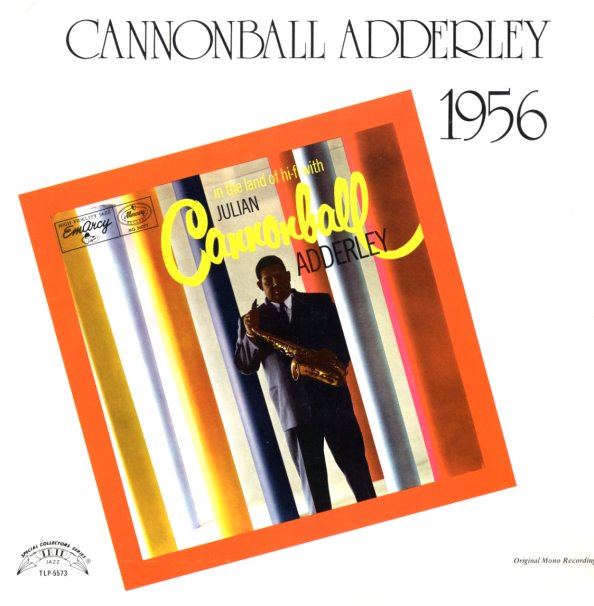 The title's a bit of a mouthful, but a good description of the way Cannonball was presented in the years before his soul jazz groove firmly kicked in! The "hi fi" is a bit overstated – as the album's pretty much of a straight jazz record, featuring Cannon blowing lead solos in a large group arranged and directed by Ernie Wilkins. Bother Nat's on cornet, and other players include Jerome Richardson, Junior Mance, and Jimmy Cleveland. Titles include "Junior's Tune", "Blues For Bohemia", "Dog My Cats", "T's Tune", and "Casa De Marcel".  © 1996-2022, Dusty Groove, Inc.
(70s Trip pressing. Cover has some surface wear and aging.)