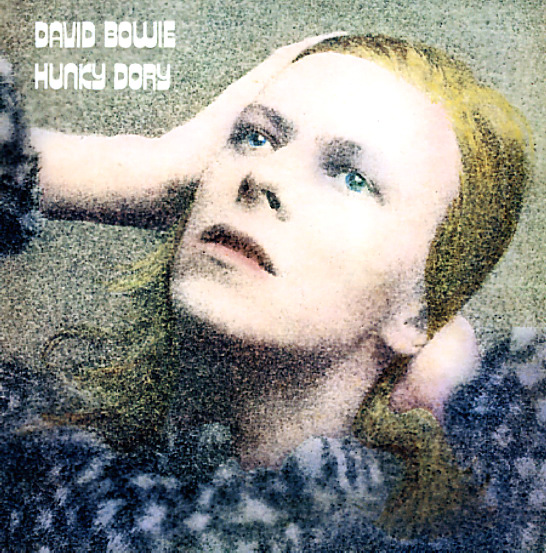 Quite possibly David Bowie's first complete moment of genius – an incredibly-formed album that's filled with tunes beyond definition and description! There's still some traces of the earlier madman in the mix, but the overall sound is much more rock-heavy – although not without the fuzzed-up and full-on guitars of Space Oddity or Man Who Sold the World – and often augmented with a bit of strings and softer touches that really bring out the humanity in the songs. The balance here is amazing – as is the fact that a few short years before, Bowie was singing "The Laughing Gnome", but is here one of the most sensitive songwriters of his generation. Tunes are quirky and personal, and titles include "Changes", "Oh You Pretty Things", "Andy Warhol", "Life On Mars", "Kooks", and "Queen Bitch". Features bonus tracks – "Bombers", "Quicksand (demo)", "Supermen (alt version)", and "Bewlay Brothers (alt version)".  © 1996-2021, Dusty Groove, Inc.
(Ryko pressing – with great bonus tracks!)

Exile On Main Street (deluxe 2CD edition)
Virgin/Universal, 1972. Used 2CD
CD...$19.99
The Rolling Stones at their rawest, most shambling, sleazy and brilliant – the epic, unimpeachable Exile On Main Street! What can we say about one of the most iconic LPs of all time other than chime in with our agreement that it's one of the greatest rock albums ever! Big choruses come and ... CD