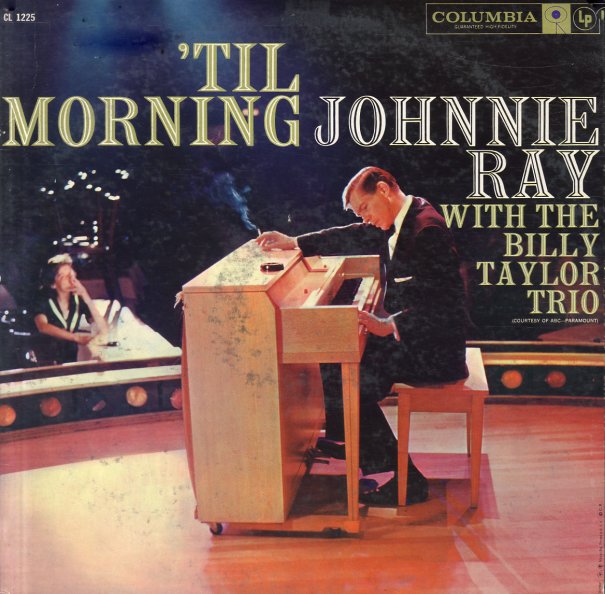 The fragile genius of Johnnie Ray is beyond compare! Johnnie had this weird wispy voice that was quite uncommon for male singers of the time (although it probably paved the way for countless falsetto acts of the past two decades) – and his strange way of putting over a song was often misunderstood in his day, but still managed to grab quite a few ears at the time. Til Morning is a jazzier set cut with the Billy Taylor Trio – titles include "My Ideal", "I'm Confessin", "Hands Across The Table", and "Day By Day".  © 1996-2021, Dusty Groove, Inc.
(6 Eye pressing with deep groove. Cover has light wear.)