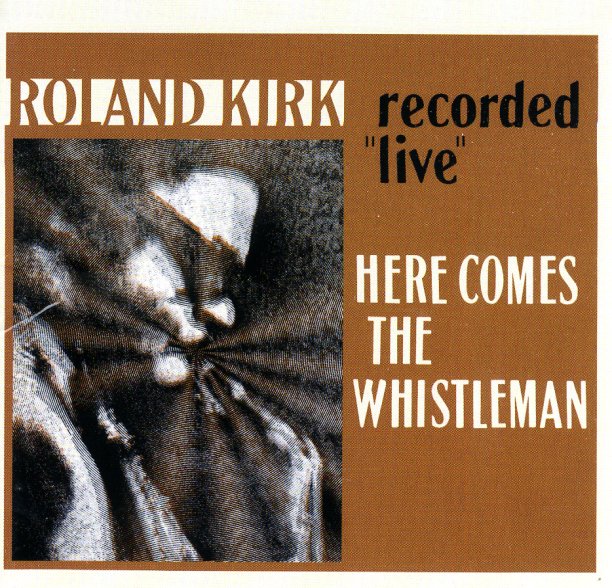 A stone classic from Roland Kirk – and a record that beautifully balances his modern ideas and playful energy – as you might guess from the title! While posing as the "whistleman", Roland's also pushing the boundaries of jazz a few steps forward too – not just in modern terms, but in spiritual ones too – showing that there's a way of letting loose that doesn't always have to be cold or artsy, but personal and soulful too. There's still echoes of the hardbop of the Mercury years, and plenty of inventive reed work from Kirk – on tenor, alto sax, manzello, stritch, and even nose flute too. The album was recorded live with a very hip cast that includes Lonnie Smith and Jaki Byard on piano, Charles Crosby on drums, and Major Holley on bass – and tracks include "Roots", "Here Comes The Whistleman", "Step Right Up", and "Aluminum Baby".  © 1996-2021, Dusty Groove, Inc.
(Blue & green label stereo pressing.)