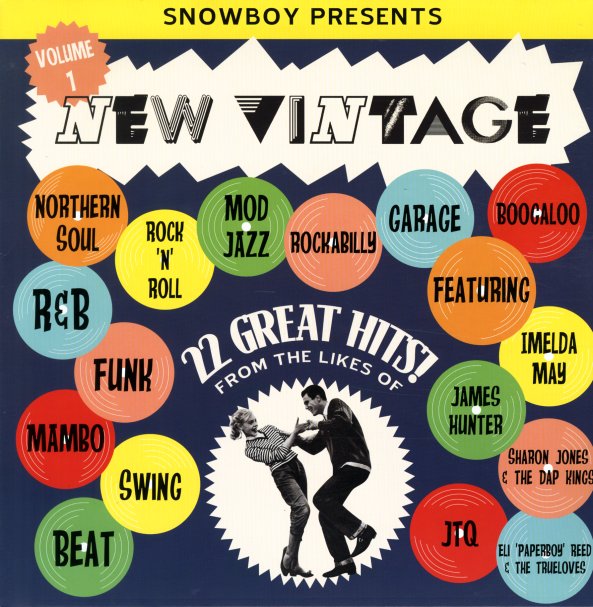 Heavy funk, Northern Soul, and R&B – but all of a newer vintage, and pulled together by the legendary Snowboy – who's been updating grooves for years! The set features loads of Snowboy's contemporaries from the global deep funk scene – and includes some nice bits that you won't usually find on records like this, which really opens the sound – thanks to the connections that Snowboy has been making over the past few decades. The CD package includes a whopping 21 tracks – and titles include "One Day" by Kings Go Forth, "That Old Black Music" by Ray Gelato & Kai Hoffman, "Stop Whistlin Wolf" by Imelda May, "Find Me A Golden Street" by Rich Clifford & The Saddows, "Green Jeans" by The Rapiers, "Don't Make A Fool Out Of Me" by Kitty Daisy & Lewis, "Big Fat Trap" by Big Boy Bloater & The Limits, "From Now On" by Magnus Carlson, "That's a Pretty Good Love" by Laura B & The Moonlighters, and "Baby Take Me Back" by Darrel Higham & The Enforcers,  © 1996-2021, Dusty Groove, Inc.