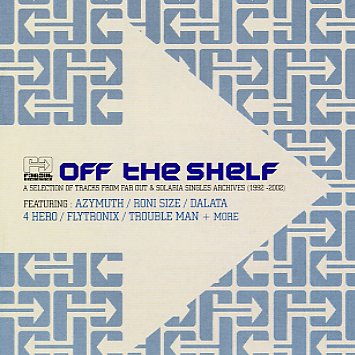 Great work from one of the most important labels of the past few years – the groundbreaking Far Out imprint, known for its unique style of blending Brazilian and London grooves! The set features tracks from Far Out's oft-deleted singles series – hard to find 12" releases that often get only short release, and disappear much more quickly than the rest of the label's catalog. If you've missed some of these gems, or if you're like us, and sometimes prefer to put on a full album and save yourself flipping wax, the set's a great way to catch up – and probably introduce yourself to loads of great new music. Titles include "Khameleon" and "Second Future" by Difusion, "Ponteio" by Da Lata, "Colours" by Big Bang, "Smile" by Nature's Plan, "Strike Hard" by Trouble Man, "Brazil (Brazilian reprise)" by Democustico, "Faca De Conta (Roni Size rmx)" by Azymuth, "E Ruim/The Samba (4 Hero rmx)" by Grupo Batuque, and "Banzo Theme" by Banzo.  © 1996-2021, Dusty Groove, Inc.