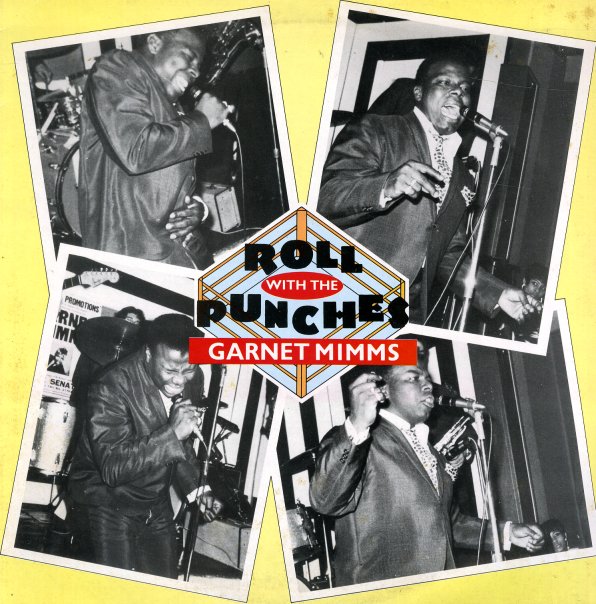 Roll With The Punches

A killer collection of work by Garnet Mimms – one of our favorite soul singers of the 60s, and a talent that we'd rank in the highest of the high in our soul book! The set is a well-done batch of tunes with a focus on groovers by Garnet – and includes some sock-hard numbers from his years at Veep and United Artists during the mid 60s. There's a total of 16 tracks in all, and titles include "All About Love", "Roll With The Punches", "It Won't Hurt", "Only Your Love", "I Keep Wanting You", "Prove It To Me", "One Woman Man", and "Welcome Home".  © 1996-2020, Dusty Groove, Inc.

Gonh Be Funky
Charly (UK), Late 60s. Near Mint-
LP...$19.99
A hot little collection of Lee's best New Orleans soul from the late 60s – chunky groovers that really have a lot of punch in the beat, most of which were originally produced by Allen Toussaint! The tracks are nearly all perfect – with a dark, descending groove that sounds unlike ... LP, Vinyl record album

Right On Time
A&M, 1977. Very Good+
LP...$7.99
A funky classic from the Brothers Johnson – sweet funky soul, done with a polish few could match! The pair are still working with Quincy Jones at this point, and the record's filled with lots of tight jazzy grooves that certainly show Quincy's touch – and which set the record apart ... LP, Vinyl record album