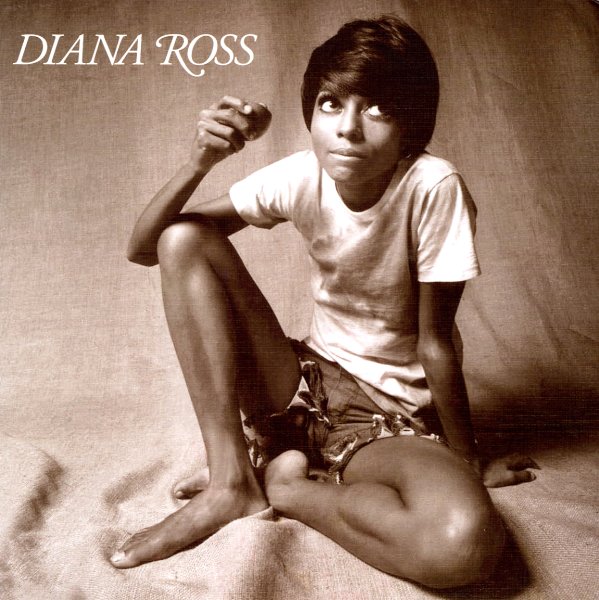 A landmark record for Diana – her first solo effort after leaving the Supremes, and a well-conceived batch of tracks produced by Nick Ashford and Valerie Simpson! The album's got a warm, mature approach that really separates the work from Diana's earlier girl group past – as Ashford & Simpson take her into territory that hints at many of the musical changes to come, but which still has a freshness that breathes new life into Ross' vocal approach. Includes the super-bit hit version of "Ain't No Mountain High Enough", plus the tunes "Reach Out & Touch Somebody's Hand", "Now That There's You", "You're All I Need To Get By", "These Things Will Keep Me Loving You", "Dark Side Of The World", and "Where There Was Darkness".  © 1996-2023, Dusty Groove, Inc.
(Stereo pressing in the textured cover. Vinyl has a short click on the first two tracks of side one. Includes Motown inner sleeve. Cover has a cutout notch.)

Diana Ross Live At Caesars Palace
Motown, 1974. Near Mint-
LP...$2.99 4.99
A fantastic early demonstration of the solo powers of Diana Ross – a live date from Vegas, and one that has her commanding the stage not just as a singer of soul music, but as a female star ready to rival the talents of any of her contemporaries in the mainstream! Ross shines here with a ... LP, Vinyl record album

Touch Me In The Morning
Motown, 1973. Near Mint-
LP...$6.99
One of the more righteous albums from the early years of Diana Ross' solo career – a set that really has her moving past the familiar Motown groove of previous years, into a vibe that really shows the label's new California influence! The tracks here often feature expansive arrangements that ... LP, Vinyl record album