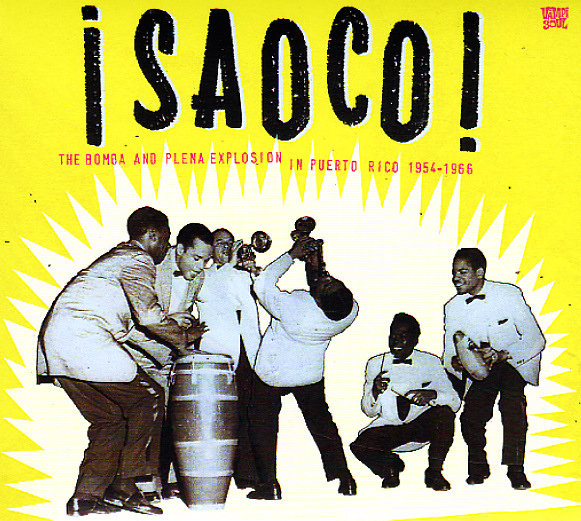 A treasure trove of 50s and 60s music from Puerto Rico – and a killer compilation centered around the pioneering work of percussionist Rafael Cortijo and singer Ismael Rivera! Essentially, this a blueprint for the global salsa, tropical and Latin scenes to come – and it's invigorating, tightly grooving and wonderful stuff all the way! Wall-to-wall Afro and West Indian-indebted percussion and rhythms, with tight horns and incredible vocals. It's filled pioneering work, but this is hardly a history listen – it's a fun set, and a sprawling one at that! Includes "Cortaron a Elena" by Cortijo (as Canario & Su Grupo con Raful), "En Orbita" by Baltazar Carrero, "Habla Cuembre" by Los Caballeros Del Ritmo, "El Plenero" by Mon Rivera Y Su Orquesta, "Dejalo Que Suba" by by Cortijo (as Canario & Su Grupo con Raful), "Belinda" by Chivirico, "Cucala" by Cortijo Y Su Combo con Ismael Rivera, "Ron Con Coco" by Mon Rivera Y Su Orquesta and more. 30 tracks on 3LPs!  © 1996-2021, Dusty Groove, Inc.