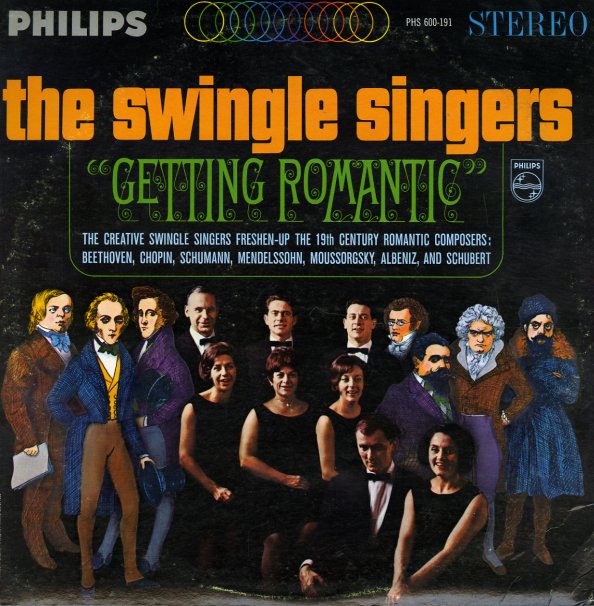 The groovy vocal stylings of The Swingle Singers turn towards a host of works by romantic composers like Chopin, Beethoven, Albeniz, and Schubert – with stunning results! The flowery compositions of the romantics makes for a broader palette of expression for the group – lots of dips, turns, and swells that are perfect for their jazzy styling of singing – one that creates some marvelously complicated numbers that groove with the charm of late 60s French soundtrack work. Titles include "Etude Op 10 No 6", "Allegro", "Scherzo", "Valse", "Petit Prelude Et Fugue", "Andante", and "Zortizico".  © 1996-2022, Dusty Groove, Inc.
(Mono pressing – still sealed! Shrinkwrap has light wear and a hole in front.)

More I See You – Call Me
A&M, 1966. Very Good+
LP...$8.99
Fantastically sweet pop from Chris Montez! Chris had a light little voice that was perfect for the A&M Records approach of the 60s – a style that has him singing gently over arrangements that glide and bounce around with ease, sometimes handled by Herb Alpert, in a breezy sunny LA mode ... LP, Vinyl record album

Misty Burton
Sony (Japan), 1973. Near Mint-
LP...$28.99
A lost gem from European jazz singer Ann Burton – recorded in Tokyo in the early 70s, and featuring a batch of really unusual tunes done with a lively feel! There's an easygoing groove to most of the work in the set – a lightly rhythmic pulse brought to the record by the Ken McCarthy ... LP, Vinyl record album