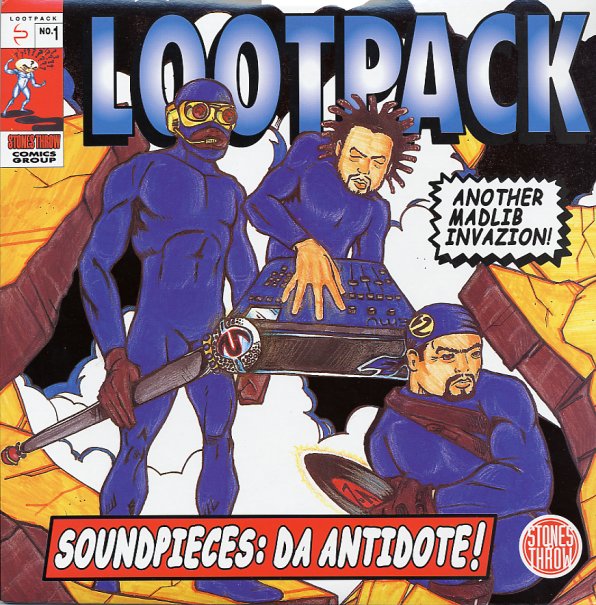 One of the early classics on Stones Throw! Don't judge this book by it's cover – we'll award this one corniest LP cover art of the year, but the music is still straight, produced by the infamous Madlib, one of underground's most respected producers. Combining all the earlier singles like "WhenImOnDaMic", "Likwit Fusion", and "Questions" with a whole batch of new butters. Includes guest appearances from Dilated Peoples, Oh No, Metaphor, Quasimoto, Kazi, and Declaime.  © 1996-2021, Dusty Groove, Inc.