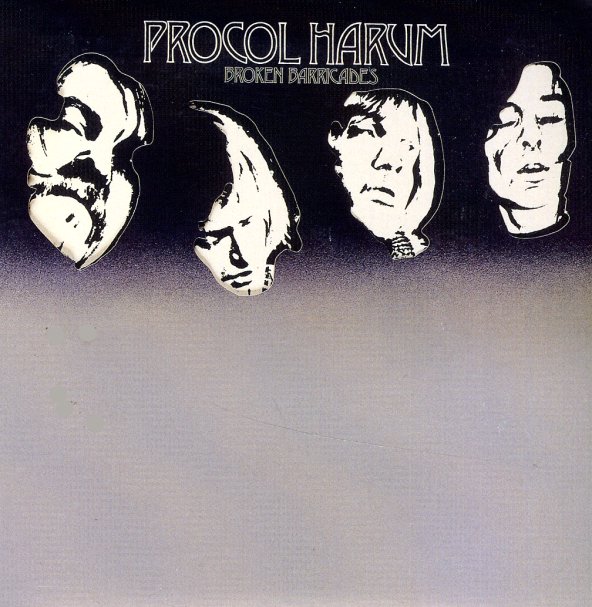 A fantastic fifth album from Procol Harum – one that really demonstrates the ever-changing energy of the group, and the way they seemed to find a fresh new focus with each of their early albums! The vocals of Gary Brooker are even more wonderful than ever – rejoined here with the talents of organist Keith Reid, who is back in the group – cementing a musical partnership that pushes forward with stronger, more rockish modes throughout – a lean quality that really seems to bring out the best in everyone! The set begins with the fantastic "Simple Sister" – the moves on through other great numbers that include "Luskus Delph", "Power Failure", "Memorial Drive", "Song For A Dreamer", "Broken Barricades", and "Playmate Of The Mouth".  © 1996-2022, Dusty Groove, Inc.
(Brown label stereo pressing in the die-cut Unipak cover, with light wear.)

Shine On Brightly
A&M, 1968. Very Good+ Gatefold
LP...$16.99
The stunning second album from Procol Harum – a record that takes everything that's wonderful about their debut, and pushes it even farther – to a very unique space that's completely the group's own! The songcraft here is magical – with great work from the team of vocalist Gary ... LP, Vinyl record album

Procol Harum
Deram, 1967. Very Good+
LP...$34.99
The amazing first album from Procol Harum – a group with a sound that's still unlike anyone else we can think of – even though they were a key part of the London scene of the 60s! The group are steeped in all of the blues, soul, and jazz elements that influenced so many other British ... LP, Vinyl record album