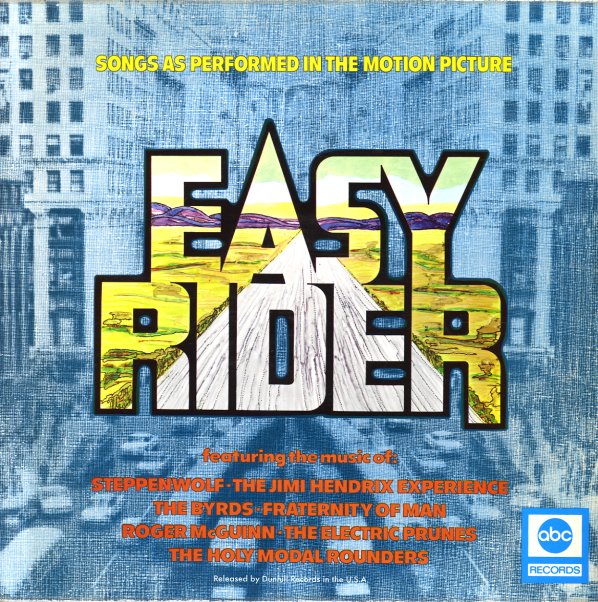 Songs As Performed In The Motion Picture Easy Rider

A tripped-out batch of freedom rock tunes – pulled together to accompany Peter Fonda and Dennis Hopper's famous trip across the wasteland of late 60s America! The set includes Steppenwolf's anthemic "Born To Be Wild", as well as their "The Pusher" – plus "Kyrie Eleison" by The Electric Prunes, "Don't Bogart Me" by The Fraternity Of Man, "Wasn't Born To Follow" by The Byrds, "If You Want To Be A Bird" by The Holy Modal Rounders, and "It's Alright Ma" and "Ballad Of Easy Rider" by Roger McGuinn.  © 1996-2022, Dusty Groove, Inc.
(Mid-70s UK pressing. Cover has unglued seams, some wear and a few smudges on the back.)

Americans
Polydor (France), 1975. Near Mint-
LP...$19.99
A musical impression of the United States – scored as a unique one-off 70s project by soundtrack maestro John Barry! The material's quite different than most Barry sounds you might know from films – more jazz-based overall, and put together with a really cool sort of style – full ... LP, Vinyl record album