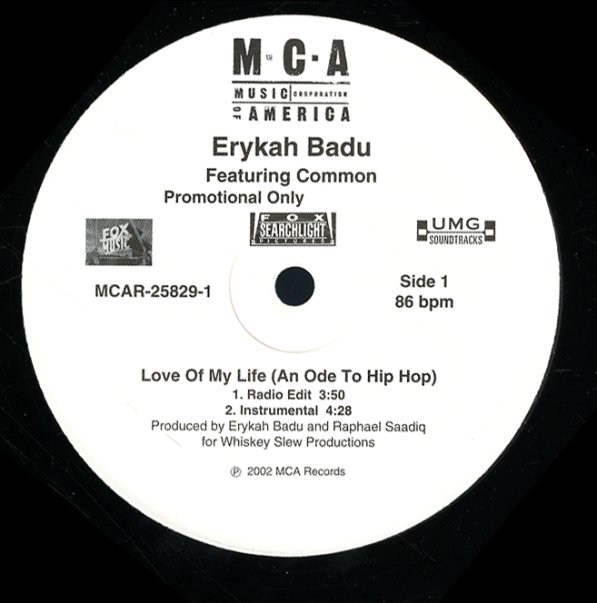 A sweet little groover – lifted from the soundtrack to Brown Sugar! Raphael Saadiq and Erykah Badu handle production – and the track's got the best of both of their styles intertwined in one sensuous groove. Erykah's vocals sweetly bubbly across the track – a great mix of beats and keys with a warm finish on the hook.  © 1996-2021, Dusty Groove, Inc.
(Promo in a stickered sleeve.)