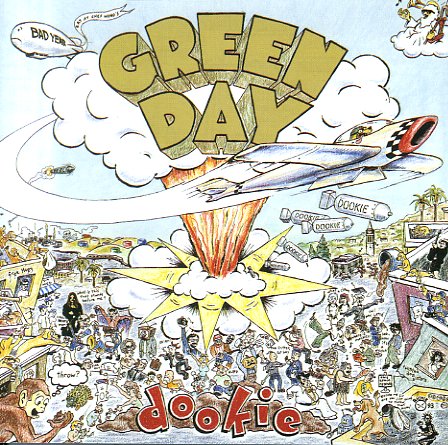 Bratty Bay Area pop punks Green Day hit the bigtime – paving the way for FAR too many lesser acts to hit paydirt, sure, but you can't get too mad at Billie Joe, Mike and Tre for that when this one is still such a blast decades later! Nowhere near as lowbrow as the title or cover art would make it look, it's actually one the better rock & roll albums of its era to convey the thoughts and feelings of bored, lonely, angry and in some ways pretty depressed youth...somehow doing that through catchy sing-a-long anthems. Pretty amazing thing to pull off, actually! Includes "Longview", "Welcome To Paradise", "Chump", "Basketcase", Pulling Teeth", "When I Come Around", "She", "Sassafras Roots" and more.  © 1996-2022, Dusty Groove, Inc.