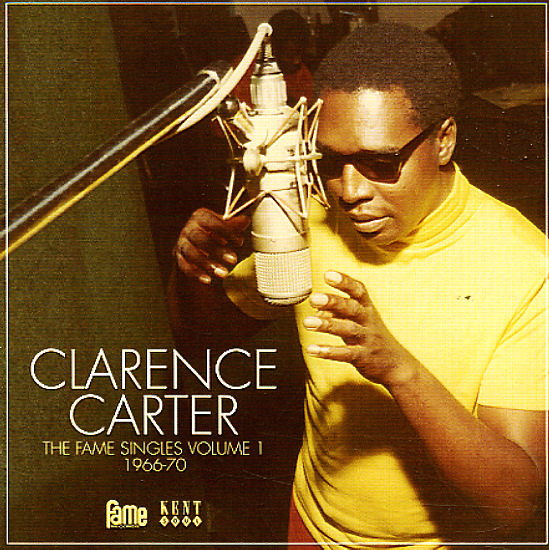 Clarence Carter's first few years of Fame Studios singles – simply put, some of very best southern soul of this or any other period – both sides of each single Clarence cut with Rick Hall at Fame from 1966-1973! Recorded at the vaunted Muscle Shoals studio during the peak years of the facility and Clarence's career – what more can we say? The production and arrangements by Hall personify the sound and style of the southern soul era – and Clarence's capability to truly emote, as well as demonstrate a sly wit and unique personality – ultimately transcending all trends at the time! Absolutely essential material and it sounds as great as ever – with mastering direct from the Fame masters tapes too. Includes "Tell Daddy", "I Stayed Away Too Long", "Thread The Needle", "Too Weak To Fight", "Let Me Comfort You", "Back Door Santa", "Doin' Our Thing", "Take It Off Him And Put It On Me", "The Few Troubles I've Had", "I Can't Leave Your Love Alone", "Funky Fever", "Snatching It Back", "Devil Woman" and more.  © 1996-2021, Dusty Groove, Inc.