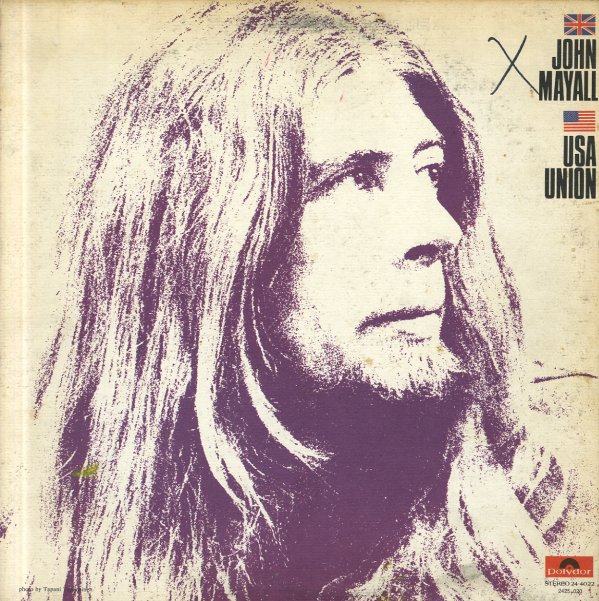 Definitely a USA union from John Mayall – given that he's got great American work here from Harvey Mandel on guitar and Don Sugarcane Harris on violin!  © 1996-2023, Dusty Groove, Inc.
(Cover has light wear.)

Turning Point
Polydor, 1969. Very Good+
LP...$11.99
An album that definitely lives up to its title – as the set is definitely a turning point in the career of John Mayall, and the debut of brand new lineup that helped move his music past a the straighter sound of American blues! There's still plenty of blues at the core – and great ... LP, Vinyl record album

Moving On
Polydor, 1972. Very Good+
LP...$6.99
Bill Cosby introduces this hip little live set from the John Mayall group – which is fitting, as there's definitely a bit of an LA groove on the set! Mayall's still in very bluesy territory, but he also gets some great soul jazz support too – from players who include Charles Owens on ... LP, Vinyl record album

Jazz Blues Fusion
Polydor, 1972. Very Good+
LP...$14.99
The title certainly gets it right – as the album definitely brings a bit of jazz into the mix for the great John Mayall – given that the set features strong work from funky jazz heavyweights Blue Mitchell on trumpet and Freddy Robinson on guitar! Both are musicians that we love for ... LP, Vinyl record album