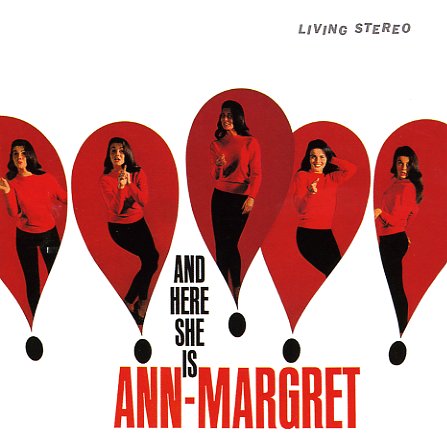 Marty Paich brings some nice jazzy charts to this early set from Ann-Margret – just the kind of hip material that made her a swinger from the start! The vocals have a sexy, breathy quality that matches Ann's tight sweater on the cover – and even when Paich grooves in an uptempo style, the lady never loses her cool – matching the leaping, jazzy instrumentation strongly with her own dynamic vocals – but never in a way that's gimmicky or poppy at all. Titles include "Lovie Joe", "Blame It On My Youth", "Baby Won't You Please Come Home", "Bye Bye Blues", "Chicago", and "Teach Me Tonight".  © 1996-2023, Dusty Groove, Inc.
(Mono pressing with deep groove, 1S/1S stampers. Cover has surface and edge wear, splitting on top and the bottom seams.)