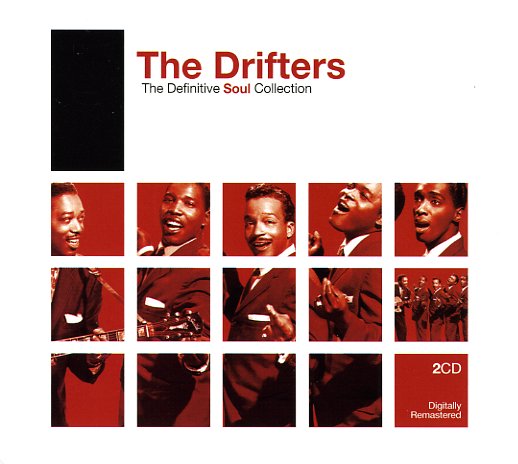 Great work from The Drifters – and a set that features material both from the group's years with Clyde McPhatter in the lead, and from the later versions of the group in the early 60s! Both sides of The Drifters are totally great – as you'll hear in this stunning set of cuts recorded for Atlantic Records – massive material that starts with a hard-edged vocal group 50s style, then moves into some even more complicated 60s soul modes, particularly during the group's time working with Lieber & Stoller. 30 tracks in all – with titles that include "Please Stay", "Some Kind Of Wonderful", "This Magic Moment", "Money Honey", "Such A Night", "What'cha Gonna Do", "Adorable", "Ruby Baby", "Fools Fall In Love", "Bip Bamp", "Honey Love", "At The Club", "I've Got Sand In My Shoes", and "Saturday Night At The Movies".  © 1996-2021, Dusty Groove, Inc.
(Out of print.)