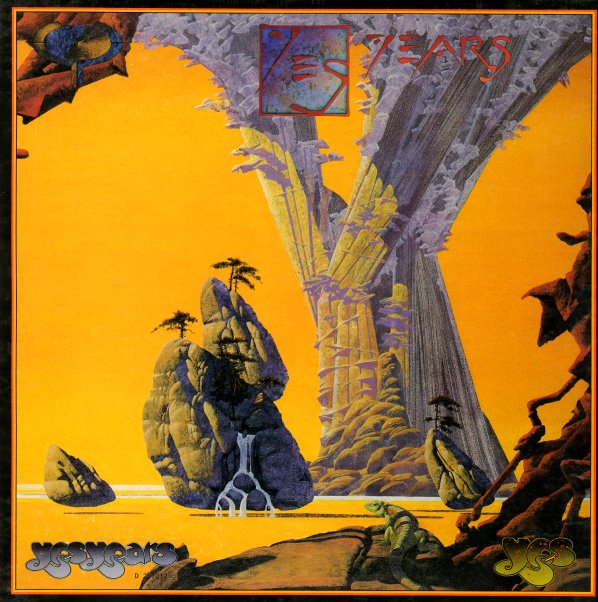 (Out of print, does not include the book or box. 4 CDs in individual jewel cases.)

Fragile
Atlantic, 1972. Used
CD...$1.99 2.99 (LP...$14.99, CD...$4.99)
Classic! Fragile is the one that catapulted Yes to unlikely stardom, and in so doing, it brought adventurous, proggy rock to mainstream audience – pretty much changing the face of rock for at least a decade to come! Rick Wakeman's arrival and his spacier electronic keyboards have a lot to do ... CD

Fragile (with bonus tracks)
Atlantic, 1972. Used
CD...$4.99 6.99 (CD...$1.99, LP...$14.99)
Classic! Fragile is the one that catapulted Yes to unlikely stardom, and in so doing, it brought adventurous, proggy rock to mainstream audience – pretty much changing the face of rock for at least a decade to come! Rick Wakeman's arrival and his spacier electronic keyboards have a lot to do ... CD

Retrospective – The Best Of Buffalo Springfield
Atco, 1969. Used
CD...$4.99
A seminal collection of work from Buffalo Springfield – a group with a short-lived existence on the LA scene, but an impact that shaped the sound of mainstream rock for many years to come! That effect is no surprise – given that the lineup features a young Neil Young, Stephen Stills, ... CD

Buffalo Springfield
Atco, 1966. Used
CD...$6.99
The landmark first album from Buffalo Springfield – a warmly collaborative record that would set the scene for countless work to come from the LA scene! Right from the start, there's something special going on here – a bit of the twang the Byrds were exploring at the time, and a very ... CD