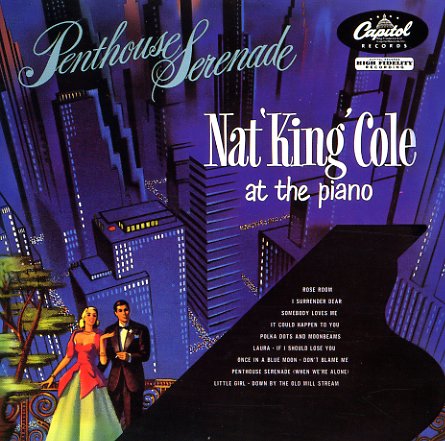 Thank You, Pretty Baby
Capitol, Mid 60s. Near Mint-
LP...$4.99
Late work by Nat King Cole – and pretty nice, too! A record that tends to fall off the map of Nat's classic Capitol catalog, as its from the later years, when his overall concept was possibly a bit diluted, but his voice was still going strong. Orchestrations on the album is courtesy of ... LP, Vinyl record album

Love Is The Thing
Capitol, 1957. Very Good+
LP...$6.99
A classic from Nat King Cole – one of his greatest albums of the 50s, and a mature batch of ballads that show he had really developed into a heck of a singer! Arrangements are by Gordon Jenkins, and the set features a rich array of moody material – including "When I Fall In ... LP, Vinyl record album