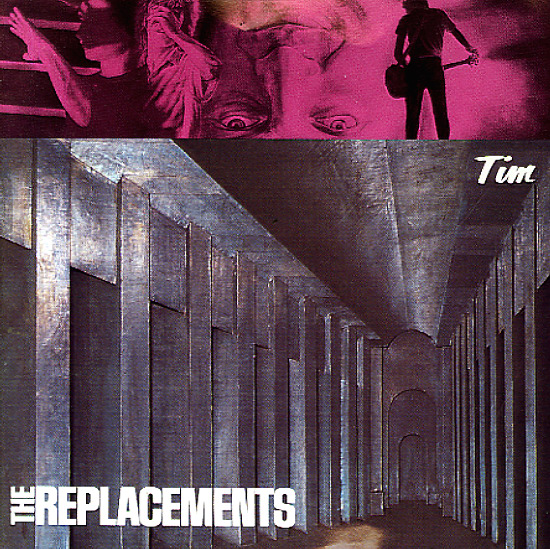 Also available
Replacements — Tim ... CD 2.99
A big crossover classic for the champions of the Minneapolis scene – their first for Sire and featuring some of the greatest rock songs of the 80s, be it college radio, mainstream or any thing – greatness period! The sound is a bit more polished than the Twin Tone years, but there's no scrubbing out the shambling attitude, and truth be told, the more soul-searching material here is some of the best stuff they'd ever record. Includes the all time classics "Left Of The Dial" and "Hold My Life", plus "Little Mascara, Lay It Down Clown", "I'll Buy", "Kiss Me On The Bus", "Waitress In The Sky", "Swingin Party", and "Here Comes A Regular".  © 1996-2022, Dusty Groove, Inc.
(Original US pressing with SRC stamp. A nice copy!)

Hootenanny
Twin Tone, 1983. Sealed
LP...$69.99
Ahhh . . . The young genius of The Replacements! A bit punk, a bit garage, with a heartfelt quality that you didn't always find in indie rock at the time. These rough hewn gems are already as brilliant as they can be – shiny little diamonds that show Westerberg and crew working at top form, ... LP, Vinyl record album

Pleased To Meet Me
Sire, 1987. Near Mint-
LP...$69.99
One of their best! After a tumultous tour for Tim, Bob Stinson left the band and they essentially recorded Pleased To Meet Me as a trio as far as the core band goes, but went down to Memphis to record with Jim Dickinson, and too our ears, that little bit of southern swagger, as paired with The ... LP, Vinyl record album