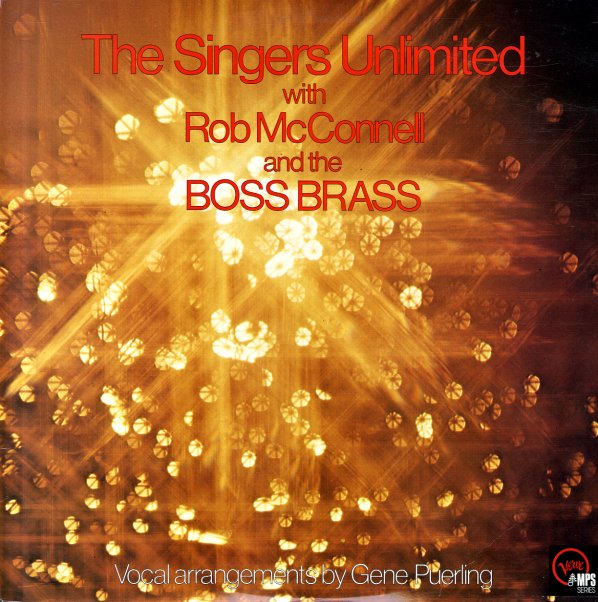 One of the greatest albums ever recorded by this hip vocal ensemble – set to arrangements by leader Gene Puerling, and some very swinging instrumental backings by Rob McConnell! The album's got a freer, more grooving feel than some of the group's other work – with some beautiful songs that have incredible harmonies floating and drifting about. Titles include "Dindi", "A Beautiful Friendship", "It Might As Well Be Spring", "Chelsea Morning", "Pieces Of Dreams", "Tangerine", and "Laura".  © 1996-2020, Dusty Groove, Inc.
(US Polygram pressing. Cover has an index label with clear tape on the spine.)