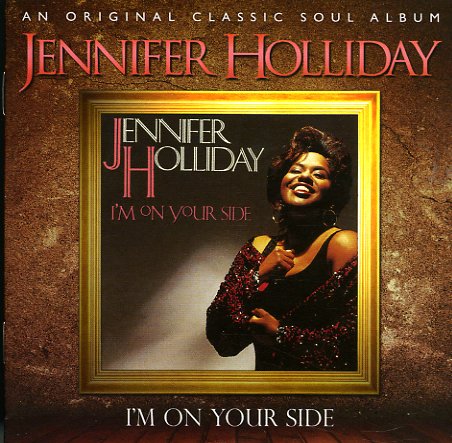 Jennifer Holliday's strong '91 set – with material that's par for the course for Arista soul efforts of the late 80s and early 90s – but Holliday outshines it with her powerful, emotional and wonderful voice! Definitely an underappreciated set, particularly for fans of powerfully emotive vocals. Titles include "I'm On Your Side", "It's In There", "Raise The Roof", "A Dream With Your Name On It", "Raise The Roof", "Guilty", "It Will Haunt Me", "I Fall Apart", "More N More" and more.  © 1996-2021, Dusty Groove, Inc.
(Still sealed!)