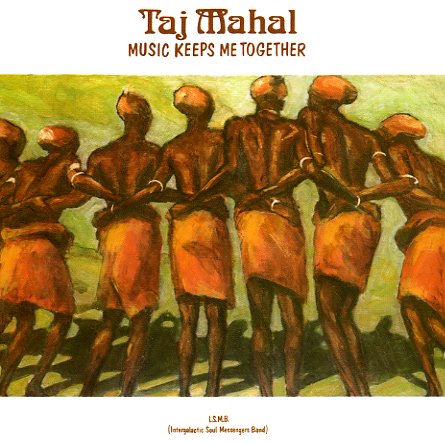 A bit hipper and less bluesy than some of Taj's other work for Columbia – recorded with his Intergalactic Soul Messengers Band, and a sound that's slyly soulful – and flavored with reggae or otherwise Caribbean influenced rhythms! Music Keeps Me Together has a fairly loose feel, but still with a fluid groove – steering clear of the kitchen sink freewheeling approach that made some of his records kind of a test of endurance – just a fluid mix of soul, island rhythms, and bits rural string touches by Taj. Titles include "Roll Turn Spin", "West Indian Revelation", "My Ancestor", "Dear Ladies", and "Aristocracy".  © 1996-2022, Dusty Groove, Inc.
(Cover has light wear and a trace of a price sticker. Vinyl has a short click on "Aristrocracy".)