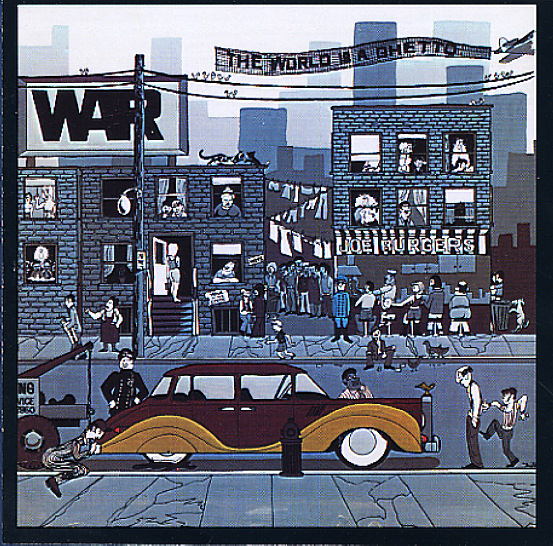 A monster from start to finish – not only the greatest album from War, but maybe one of the greatest mainstream funk albums of all time! The set's got a really unique groove – one that so many others tried to copy, but which was forged here first – in a wicked LA blend of Chicano funk, heavy organ lines, and soulful singing that sews the whole thing together perfectly. Just about every cut is upbeat and funky – rolling along at that low-rider pace that was War's lasting contribution to funk music – and the album features the huge hits "World Is A Ghetto" and "Cisco Kid", two of the brightest spots on radio funk from the 70s – plus classics like "Four Cornered Room", "City Country City", "Where Was You At", and "Beetles In The Bog".  © 1996-2023, Dusty Groove, Inc.
(Cover has light wear and aging.)