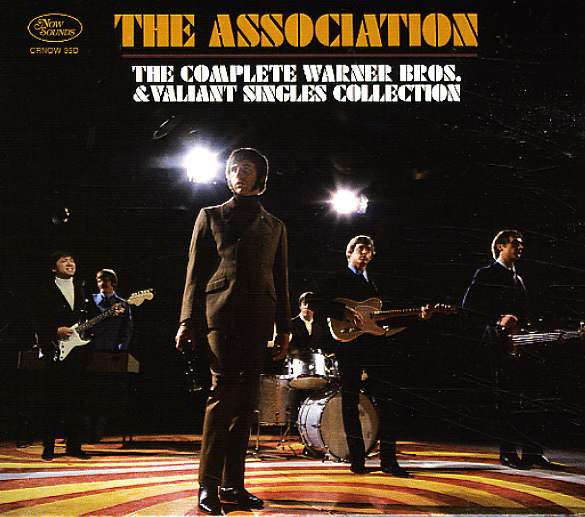 Mindblowing music from The Association – a heady double-length package that features every single the group ever cut for the Valiant and Warner Brothers label – which together make for an amazing evolution in sound! Although best remembered for their few soft rock hits, The Association were a hell of a group who never stopped growing back in the 60s – from sublime folksy harmonies at the start, to more complicated baroque pop as years went on, to some psych elements, and even a return to rootsier sounds they never had in the first place – always delivered with qualities that were head and shoulders above most of their contemporaries – and perfectly put together in the best LA studio styles, with help from giants like Curt Boettcher, Gary Paxton, Bones Howe, and others. The group also became quite skilled in the studio themselves – as you'll hear in the book's copious notes and comments from members themselves – all a perfect package for a set that features 37 mighty tunes that include "Six Man Band", "Goodbye Columbus", "Like Always", "No Fair At All", "Standing Still", "Pandora's Golden Heebie Jeebies", "Looking Glass", "Birthday Morning", "Makes Me Cry", "PF Sloan", "Just About The Same", "Traveler's Guide", "I Am Up For Europe", "Hear In Here",a nd "Forty Times" – not to mention some bigger hits!  © 1996-2023, Dusty Groove, Inc.