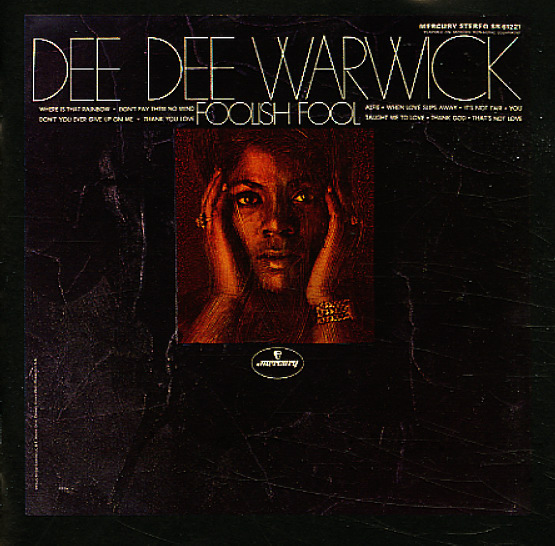 Excellent work from Dee Dee Warwick – Dionne's more soulful sister, and a heck of a singer! The record's got a mix of uptown soul production and deeper soul styles, with a sophisticated style that reminds us of Chicago work by singers like Joann Garrett, Marlena Shaw, or Ruby Andrews – totally tight and sophisticated up top, but with a nice kick on the bottom that really deepens up the groove! The sound is really wide-ranging – similar to what you might find on Shaw's Cadet albums from the time – and production is by some top shelf talents throughout – including Lou Courtney to Ed Townsend to Jerry Ross to Gamble & Huff – all of whom leave their own impressions on the record. Titles include "Foolish Fool", "You Taught Me To Love", "Thank God", "That's Not Love", "Thank You Love", and "When Love Slips Away". Great bonus tracks from singles, too – including "Ring Of Bright Water", "Next Time You Fall In Love", "All The Love That Went To Waste", "I Who Have Nothing", and "I Haven't Got Anything Better To Do".  © 1996-2021, Dusty Groove, Inc.