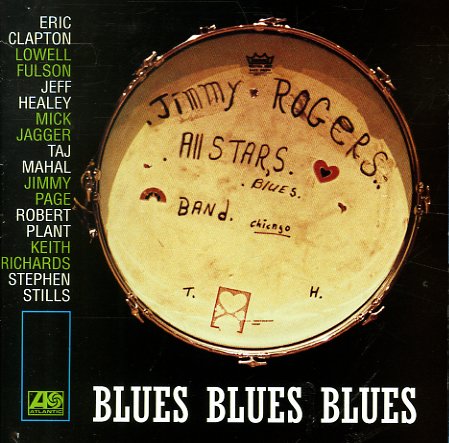 The legendary Jimmy Rogers works here with a whole host of famous guest stars – or "all-stars", as they're listed on the label – a lineup that includes Mick Jagger, Eric Clapton, Keith Richards, Taj Mahal, Stephen Stills, Jeff Healey, Jimmy Page, Robert Plant, and Lowell Fulson. The guests seem to keep things in all the right spirit – never too much in a rock crossover mode – and titles include "Blow Wind Blow", "Every Day I Have The Blues", "That's All Right", "Bright Lights Big City", "Gonna Shoot You Right Down", "Ludella", "Goin away Baby", and "Don't Start Me To Talkin".  © 1996-2022, Dusty Groove, Inc.