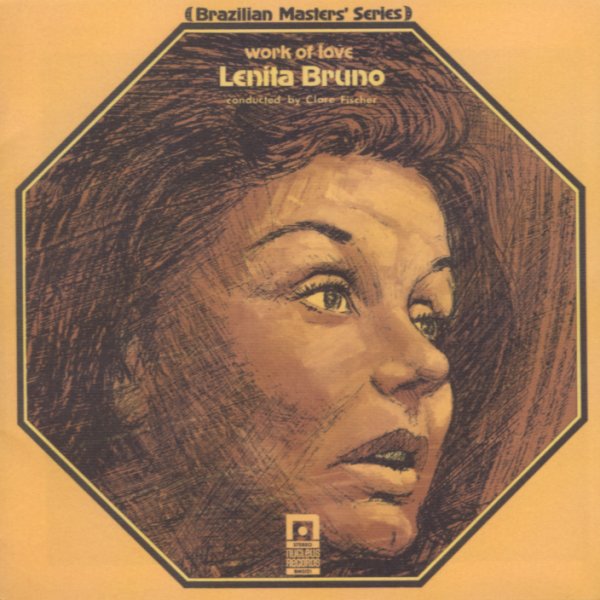 A light and dreamy set of Brazilian vocal tracks – recorded in 1967, and featuring the voice of singer Lenita Bruno, a strong 60s talent with a style that's somewhat like Sylvia Telles. Arrangements on the set are by Clare Fischer – who plays piano, organ, and electric harpsichord in a small combo that also includes guitar by Laurindo Almeida, flute by Bud Shank, and percussion by Paulinho. Some tracks augment the ensemble with a string quartet – who give the material an appropriately sad tone, perfect for Lenita's blue-styled vocals. Includes a nicely grooving version of "Chove Chuva", plus the tracks "Wave", "Winter Moon", "Sing Sing More", "Dindi", "Stay My Love", and "Someone To Light Up My Life".  © 1996-2023, Dusty Groove, Inc.
(Sealed original pressing!)

Encontros E Despedidas
Barclay (Brazil), 1985. Very Good
LP...$4.99
A nicely understated 80s set from Milton Nascimento – a record that still has that heavenly, soaring sensibility in his vocals – but which maybe also has some of the intimacy you might expect from the cover's image of Milton walking alone in a forest! There's some jazzy currents in the ... LP, Vinyl record album

Viajando Com O Som – The Lost 76 Vice Versa Studio Sessions
Far Out (UK), 1976. Near Mint-
LP...$24.99 (LP...$26.99)
A never-issued album by the great Hermeto Pascoal – recorded in the space between his 70s classics Slaves Mass and A Musica Livre – and every bit as amazing as those classics! The music here is fluid, open, and a fantastic mix of jazz and all of Hermeto's new ideas about musical ... LP, Vinyl record album