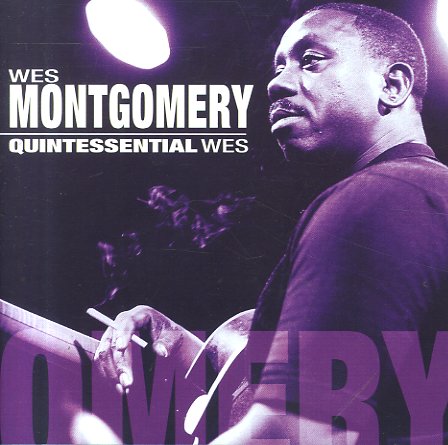 Tequila (with bonus tracks)
Verve, 1966. Used
CD...$11.99 14.99
A classic from Wes Montgomery – and exactly the kind of record that made him a legend in the 60s! The set's one of Wes' collaborations with arranger Claus Ogerman – a key talent who was really on the rise at the time, and who understood how to perfectly balance Montgomery's unique ... CD

So Much Guitar!
Riverside/OJC, 1961. Used
CD...$3.99 5.99
So much guitar – but never too much, given that Wes was the real master of sound and space, even at this early point in his career! The album's one that tries to break Montgomery from some of his smaller combo albums for Riverside, and pair him with a few bigger names – Hank Jones on ... CD

Bumpin' (with bonus tracks)
Verve, 1965. Used
CD...$14.99 18.99
An incredible album from Wes Montgomery – and the beginning of a whole new sound for his guitar! Wes moves away from his small combo soul jazz roots on the set – and hits a wonderfully sweet new vibe with larger arrangements from Don Sebesky – bigger backdrops that fill in the ... CD

Incredible Jazz Guitar Of Wes Montgomery
Riverside/OJC, 1960. Used
CD...$3.99 (LP...$34.99)
They're not kidding with the title of this one – because although the record was only Wes Montgomery's second album as a leader, he was already making plenty of waves with the sound of his guitar! The session lines Wes up with the very tight rhythm team of Tommy Flanagan on piano, Percy ... CD

Live In Antibes Vol 1 & 2
BYG/Fuel 2000, Late 60s. Used 2 CDs
CD...$7.99
A seminal live set from tenorist Archie Shepp – and some of his freest, least-structured material ever! Shepp's still a righteous force here on his horn, but there also seems to be equal emphasis on the contributions of all members of the group – woven together in a really rich ... CD