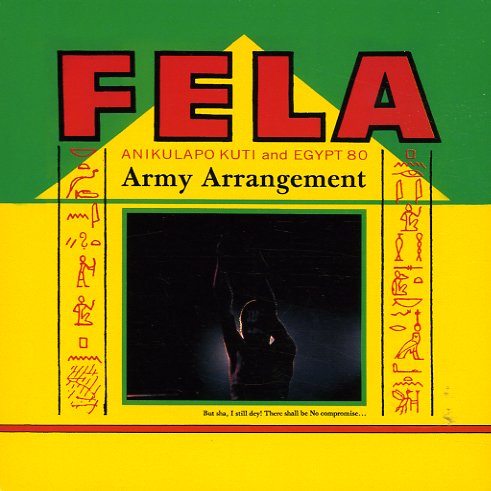 A richly expanded version of this key Fela album from the 80s – one that adds in a full extra bonus album's worth of material! The CD contains the full 30 minute version of "Army Arrangement", a great mid 80s tune that was one of Fela's strongest political tracks – an extended attack on the military-based "democracy" that led Nigeria during the 70s. Added to the track is the full version of "Government Chicken Boy", another 30 minute long number, one that attacks the complacent political establishment – to the tune of eerie keyboards and funky Afro rhythms!  © 1996-2021, Dusty Groove, Inc.
(Out of print.)

Watto Sitta
Celluloid, 1984. Used
CD...$8.99
80s electro Afro grooving from Mandingo – not to be confused with the UK group who recorded electronic exotic albums in the 70s – but one of the New Africa crossover projects on Celluloid, recorded during their brief period of colonial expansion! The group mixes together traditional ... CD