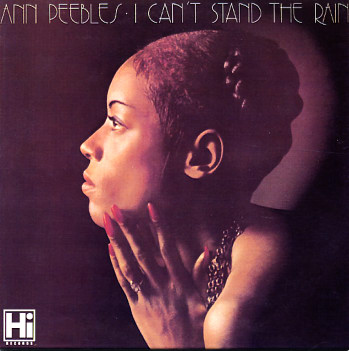 Easily our favorite album ever by Ann Peebles – not just for the beathead title track, but also because it seems to be the one record where she brings a bit something extra to the studio! The sound is certainly in the classic Hi Records mode here – thanks to production by Willie Mitchell – but there's also a deeper groove overall, a stronger burning bottom, and an all-soul sound to most tracks that goes way beyond simple cliches of southern soul. Ann's vocals are tremendous throughout – sometimes sweet, sometimes mean – and titles include the sublime "I Can't Stand The Rain", plus "Run Run Run", "One Way Street", "You Keep Me Hangin On", and "If We Can't Trust Each Other".  © 1996-2022, Dusty Groove, Inc.