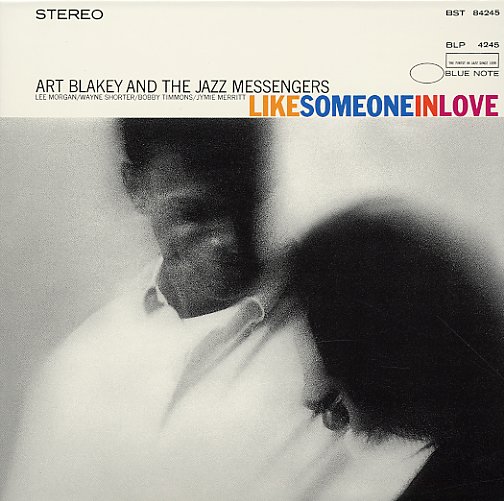 A landmark album that had one of the best versions of the Jazz Messengers taking a big step forward – thanks to some increased songwriting by the group's young tenor genius – Wayne Shorter! Shorter's tunes take up all of the second half of the record, and all of them have gone onto become classics – "Giantis", "Sleeping Dancer Sleep On", and "Noise In The Attic" – all tunes that hint at the modernism that was to come in Wayne's music, and which especially seem to push his tenor and the trumpet of Lee Morgan into the range of more mature colors and tones that would grace their music as the 60s moved on. Meanwhile, there's a rock-solid rhythm drive at the core – Art Blakey on drums, Jymie Merritt on bass, and the great Bobby Timmons on piano – still making a strong contribution to the group. Lee Morgan wrote the nine minute tune "Johnny's Blue" on side one – which also includes a beautiful version of "Like Someone In Love" – a masterpiece in soulful lyricism!  © 1996-2021, Dusty Groove, Inc.
(Out of print.)