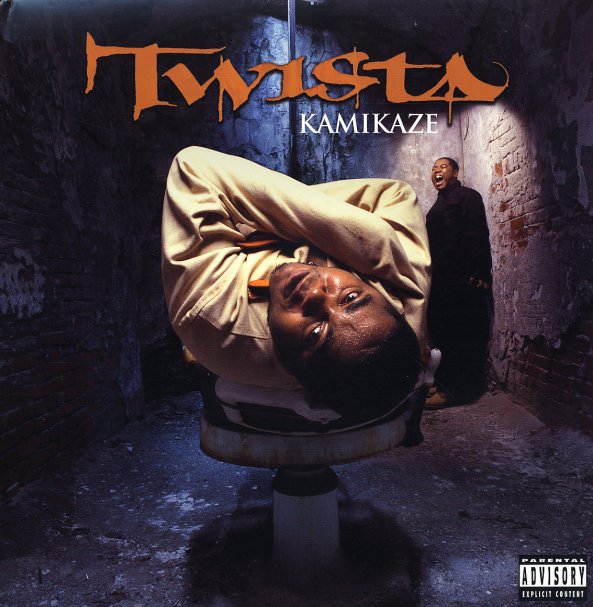 The manaical Chicagoan Mr. Tung Twista, who's contributed so much life to so many hits as the guest rhymer, cuts by Ludacris, P. Diddy and others is finally poised to have one of his own damn albums go platinum! Kamikaze features the hits "Slow Jamz" with Kanye West and "So Sexy" with R. Kelly plus "Pimp On" with Too $hort and 8 Ball, "Overnight Celebrity", "Higher" with Ludacris, "Hope" with Cee-Lo, "Sunshine" with Anthony Hamilton and more. In the past, it seemed like Twista tried a little too hard to transform his image into whatever particular mold was hot at the time, but on this album his tip-toeing from gangsta here, to big pimpin' there, to smooth and soulful here, to Pharoahe Monche style mania there actually works really well. It seems now like Twista's best talent all along may have been his versatility among all the different face plates of mainstream street hop. It works pretty well on this album, anyway!  © 1996-2023, Dusty Groove, Inc.
(Security sticker on inner tray card.)