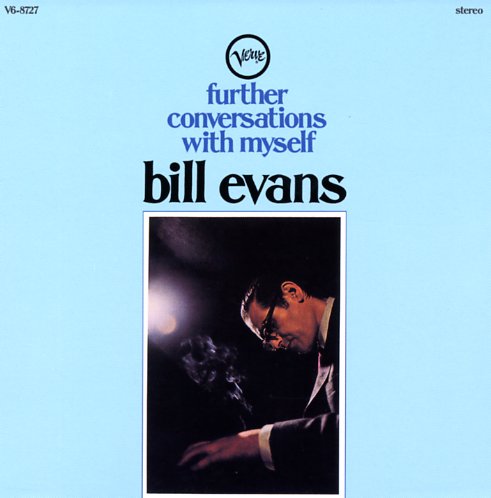 A follow up to the similarly-titled Conversations With Myself album recorded several years before – and like that one, a record that has Bill Evans playing "with" himself, via the technology of overdubs! The album's less a solo album, than a duet one – given that most of the numbers feature Evans working between melody and rhythm on overlapping piano lines – creating a mini chorus of pianos that sounds totally great, and wonderfully unique! Titles include "Emily", "Yesterdays", "Santa Claus Is Coming To Town", "Funny Man", "The Shadow Of Your Smile", "Little Lulu" and "Quiet Now".  © 1996-2021, Dusty Groove, Inc.
(Out of print Verve master edition in a tri-fold digipak.)