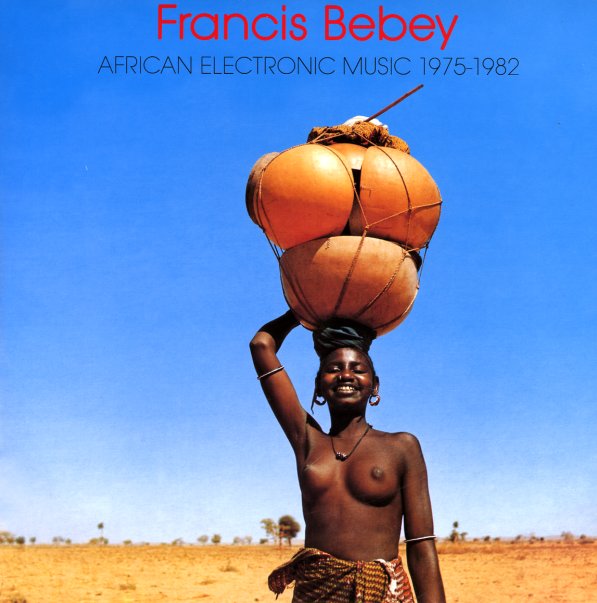 Not what you might expect when shopping for African music – unique electronic sounds from Cameroon musician Francis Bebey – as heavy on keyboards as other 70s work is on guitar! There's still plenty of acoustic elements in the mix though, too – lots of earthy percussion at the bottom, which links some of these tracks to other styles of the time – even though some of the more unusual tunes here have these great electronic sounds that almost feel like they came from the late 70s German underground! The mix of modes is breathtaking – as if Moebius and Roedelius recorded with musicians from Lagos – shaking off the colder sounds of the Conny Plank side of the spectrum, to come up with a warm new style that's really unique! Titles include "La Condition Masculine", "Sahle", "The Coffee Cola Song", "Super Jingle", "Pygmy Love Song", "Agatha", "Catching Up", and "Divorce Pygmee".  © 1996-2023, Dusty Groove, Inc.
(2LPs – and a very nice package!)