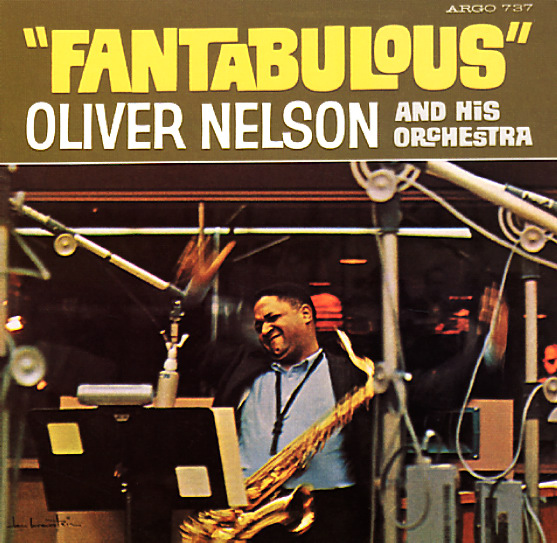 A cool cooker from Oliver Nelson – one of the few 60s albums he cut as a leader with the same sense of soul and swing as his backings for other players! The sound here is right up there with Nelson's work with Jimmy Smith over at Verve – soaring, soulful arrangements that sparkle in ways that few other arrangers could match – perfectly balanced between bold statements by the soloists and a tight ensemble feel overall! The players are all top-shelf – and include Phil Woods on alto sax, Jerome Richardson on flute and baritone, Robert Hashton on tenor, Art Hoyle on trumpet, and Patti Brown on piano – plus Nelson himself on alto, getting in a few key solos. The whole thing's wonderfully upbeat and joyous, but with a deeper sense of feeling too – and many titles are originals by Nelson, including "Hobo Flats", "Post No Bills", "Laz-ie Kate", "Teenie's Blues", and "Three Plus One".  © 1996-2022, Dusty Groove, Inc.
(2008 digipak pressing.)

Sound Pieces
Impulse, 1966. Used
CD...$6.99 9.99
One of the most impressive albums ever from arranger Oliver Nelson – a set that really shows the full depth of his mighty talents! Side one features Nelson working with a larger orchestra – similar to the kind of ensemble he arranged for other artists in the 60s, but handled here with ... CD

Julian Cannonball Adderley
EmArcy/Verve, 1955. Used
CD...$9.99 (LP...$14.99)
Very early work from Cannonball Adderley – recorded way before the funky years, when he was a hard-wailing soulful soloist with a lot of bop in his style! Cannon's paired here with brother Nat, a good companion even at this early stage – and the two of them solo in front of a large ... CD

Beyond The Sound Barrier – Live Performances 2002 to 2004
Verve, 2002/2003/2004. Used
CD...$4.99
A follow-up to Shorter's successful Footprints Live album – done in the same sort of angular and introspective mode, and also with a group that includes Danilo Perez on piano, John Patitucci on bass, and Brian Blad on drums. The overall style's not as much in the joyous, soulful Shorter mode ... CD

Phil Woods & His European Rhythm Machine At The Montreux Jazz Festival
MGM/Verve, 1969. Used
CD...$9.99
One of the smartest moves Phil Woods ever made was to move to Paris in 1968 and pick up a European rhythm section that featured George Gruntz, Henri Texier, and Daniel Humair. At the time, the idea of a European rhythm section might have been considered suicide by some folks – but for Woods, ... CD

Further Adventures of Jimmy & Wes
Verve, 1966. Used
CD...$8.99
The second great session from two of Verve's biggest jazz stars of the 60s – organist Jimmy Smith and guitarist Wes Montgomery – an unlikely pair, to be sure, but one who work great together on the set! The real change here is in Wes' playing – as it's shifted from the mellower ... CD