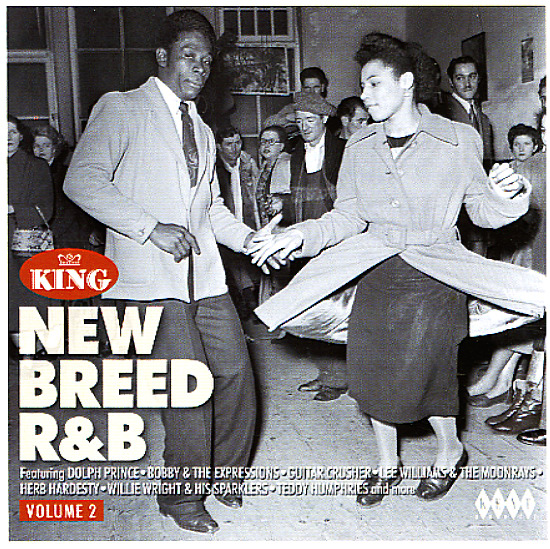 A long-awaited follow-up to one of our favorite compilations of King Records soul music – a set that does a perfect job of showing the label's strong roots in R&B, and it's important force in 60s soul! The package offers up tracks with a really great sound – definitely the grittier edge than you'd expect from the R&B in the title, yet lots of "new breed" styles as well – a more mature, more soul-based approach to the grooves that offers up a great way to harness the raw energy at the core! The set's filled with rare gems from old King, Federal, and DeLuxe label singles – including some overlooked work by bigger name singers – and titles include "Two Hearts" by The King Pins, "I'm Tore Down" by Freddie King, "Send Me A Picture Baby" by Mel Williams, "Love Man" by Hal Hardy, "Geneva" by Eugene Church, "Wild Child" by Donnie Elbert, "Your Letter" by Willie Wright & His Sparklers, "Say Hey Pretty Baby" by Lula Reed, "Let Me Walk With You" by Eddie Kirk, "Stop Talking To Your Child" by James Duncan, "It Hurts Inside" by The 5 Royales, "Let's Have A Good Time" by The Hi Tones, and "When You Move You Lose" by Lee Shot Williams.  © 1996-2020, Dusty Groove, Inc.