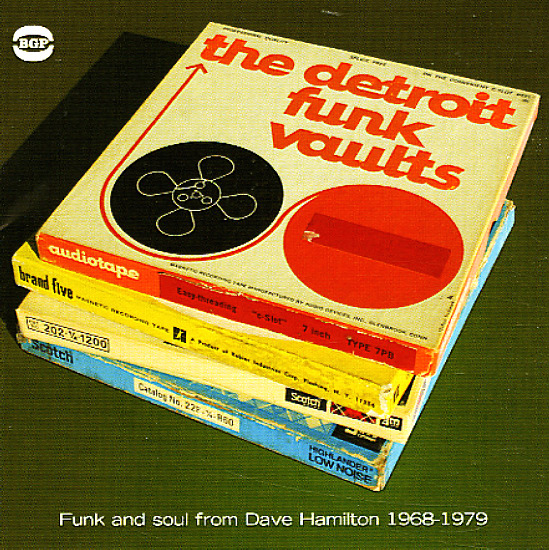 Funky soul from Detroit – the second foray into the uber-rare and unreleased funk treasures recorded at Dave Hamilton's Motor City studio – and an even deeper look at what's turning out to be one of the greatest long-buried funk catalogs to come to light in recent years! The collection includes some singles released on Hamilton's own TCB and other imprints, some that were licensed to other labels, plus a wealth of unreleased material. There's straight ahead funk vocals and instrumentals, and numbers that have more of a freewheeling, adventurous vibe – albeit with a raw funk backdrop! Includes numbers by The Deacons, Prophet & His Disciples, Chico & Buddy, Billy Garner, OC Tolbert, Little Ann, Dave Hamilton himself, The Webb People, The Pepper and more. 22 tracks in all: "A Drop In The Bucket" by The Deacons, "You Fool, You Fool Pt 1" by Prophet & His Disciples, "A Thing Called The Jones" by Chico & Buddy, "The Bad Things (You Said To Me)" by The Barrino Brothers, "Ghetto Stride" by Dave Hamilton, "Who" by Jackie Dee, "Love Bandit" by OC Tolbert, "Simon Says' by The Future Kind, "Clap Your Hands" by The Tokays, "I'm Sending Vibrations" by The Webb People and more.  © 1996-2020, Dusty Groove, Inc.